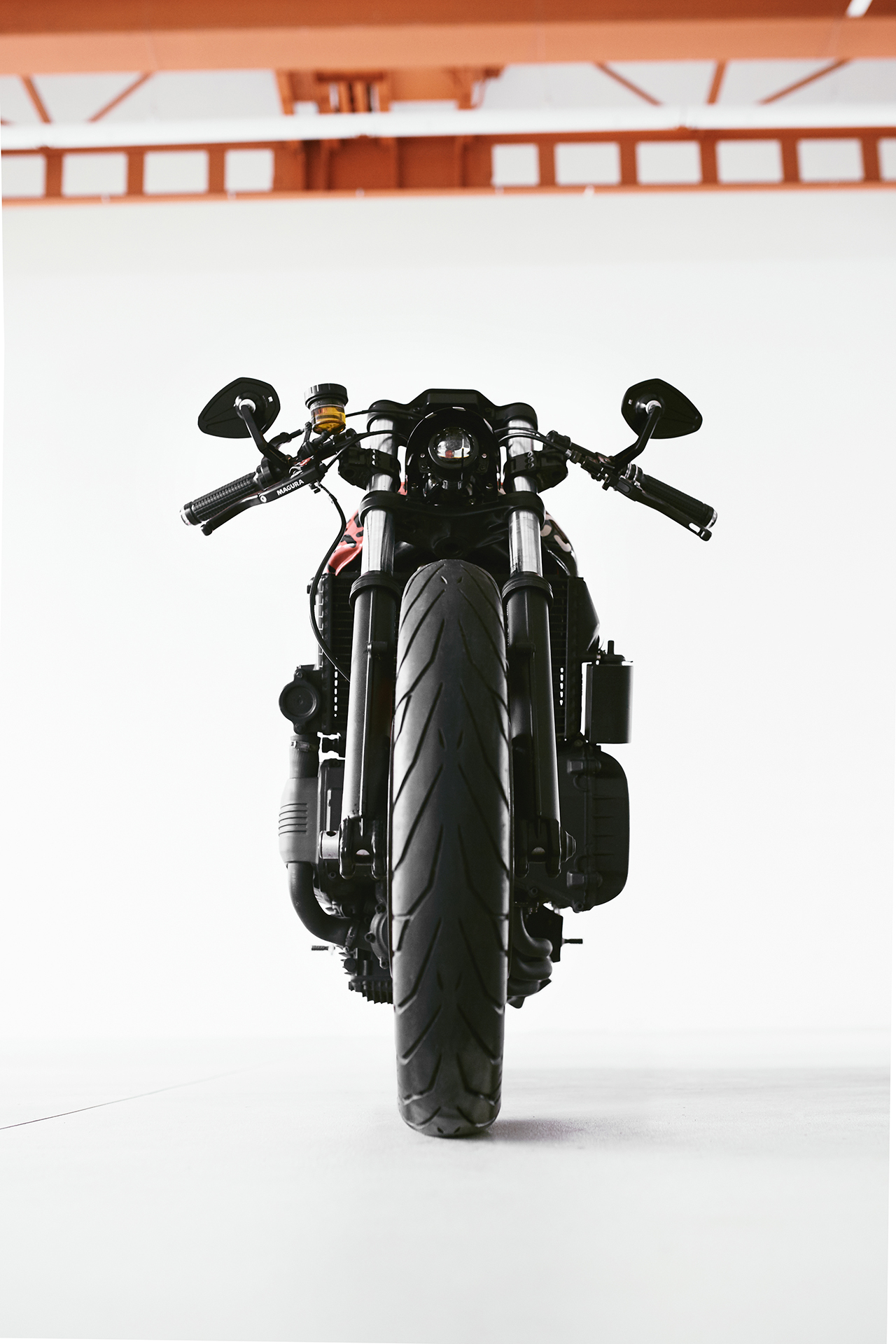 We’ve had the donor K1100 for a couple of years around the shop as a daily ride, but it wasn’t used for over a year, so we started taking it apart early last year.

The artwork on both the E-bike and the Motorcycle was done by Florian Huth. The pattern he used is based on a development mule camouflage used by Ford in the US. At the time we started on the e-bike Florian was already doing research on different development mule camouflages – when we asked him if he wanted to do a motorcycle and E-bike artwork for us, he basically had already everything worked out. The purpose of the mule camouflage is to hide the form and details of the masked by harsh contrasts and different shapes. The outer form dissolves due to the confusion of the pattern. By additionally using reflective foil, that reflects close to 100% of the directional light hitting it, the effect is even more intense. The visibility of the motorcycle is increased drastically but it’s form is unrecognizable resulting in a contradiction between Visible and Invisible.

For the build we used the frame concept of our first build but used a larger displacement K1100 engine. The power upgrade was welcome, but the main reason was the rounder engine that suited the Artwork better. We went for mismatched wheels, because we really like the way the huge stock 18” rear alloy wheel looks in the back.

The exhaust is a modified stock K1100 unit.